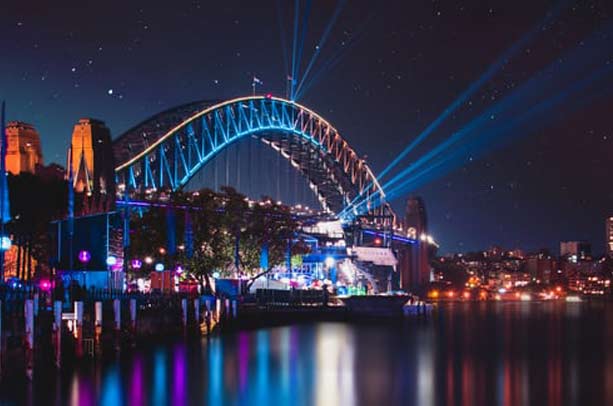 As the founders of Indigenous Friends of Israel in 2015, Munganbana Norman and Barbara Miller were concerned about the BDS boycott of the Sydney Festival by Palestinian activists backed by Hamas, a terrorist organization. The reason cited is a $20,000 grant from the Israeli Embassy in Australia though it is not unusual for foreign governments to support art. Besides, the Festival asked the Embassy for it. Also, the Sydney Dance Company were due to perform the dance Decadance created by Israeli choreographer Ohad Naharin and Tel Aviv’s Batsheva Dance Company.

While over 20 performers and/or organizations pulled out, including Arab and Muslim performers, the Sydney Festival organizers did not bow to the pressure and continued. The Decadence performers received a standing ovation to a sold-out audience on the opening night on 6 Jan. The Palestinian Justice Movement Sydney claimed that Israel is a racist apartheid state.

Initially Munganbana Norman, as an Indigenous artist, wrote personally to the Indigenous artists a warm, non-challenging letter outlining the numerous ways the Jewish community in Australia have supported the Indigenous community. Unfortunately, Aboriginal senator Pat Dodson, a former Catholic priest, was patron and cultural advisor to one of these groups so we wrote him a letter too, receiving no reply though he is a friend. A minder of one performer rang Norman and told him that the artist was greatly distressed as she had been badgered by a number of phone calls from Lebanon so he would not be passing on the letter.

We were approached by an organisation in the USA who are allied with many in the entertainment and arts industry who assist performers who are boycotted for performing in Israel and had a zoom meeting with them as they wanted to put out an op ed in an Australian newspaper about the issue. They had seen an earlier press release we had done which was published in The Times of Israel.

As they were to mention our stand in the op ed, we delayed putting out a press release till 10 January. It is on our website and has widespread coverage but mainly in Jewish and Christian news circles not mainstream. Interestingly, the Glasgow Friends of Israel saw it on a website and reposted it. The Indigenous Coalition for Israel in NZ have also come out against the boycott.

More than 120 leaders from the entertainment industry have signed an open letter released by the non-profit entertainment industry organisation Creative Community for Peace in support of the Sydney Festival and participating artists. https://www.creativecommunityforpeace.com/blog/2022/01/06/entertainment-industry-leaders-stand-united-against-cultural-boycott-of-israel-and-in-support-of-sydney-festival/

The ABC reported on 13 Jan that Sydney Festival chair David Kirk has apologised for the event’s handling of a funding controversy saying re the artists “They feel compromised, many of them, and many of them are being pressurised to withdraw their performances from the festival.”

The ABC reported in the same article that Israel’s Deputy Ambassador to Australia, Ron Gerstenfeld, said “agents of chaos” had been bullying artists into supporting the boycott.

“We heard a lot about people being targeted, being threatened, through social media of course but also through other means,” he said.

He said Boycott Divestment and Sanctions (BDS), the organisation behind the boycott, had run an aggressive campaign.

“They want to do everything in their power to destroy, to disrupt, they don’t want the embassy to continue.” https://www.abc.net.au/news/2022-01-13/sydney-festival-chair-responds-to-festival-boycott/100753598