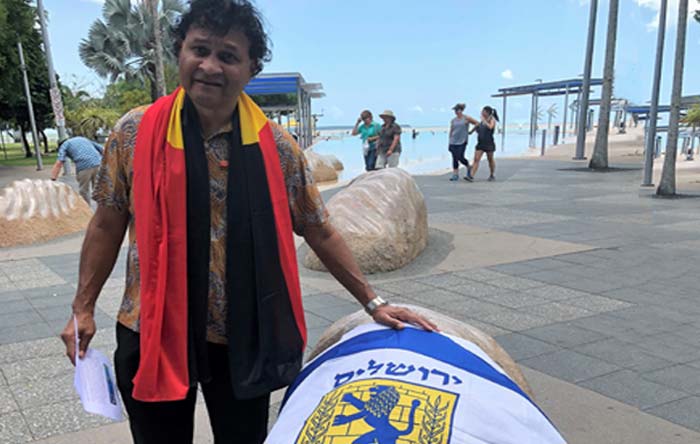 Indigenous Friends of Israel Chairman Munganbana Norman Miller said from Cairns today that he welcomes the statement by Prime Minister Scott Morrison to consider moving the Australian embassy to Israel from Tel Aviv to Jerusalem.

“Jerusalem has a 3,000 year-old history of being the capital of the Jewish state and the people of Israel,” said Miller who is an Aboriginal of the Jirrbal, Bar-Barrum and Tableland Yidinji tribes. Indigenous Friends of Israel, however, is an international organisation.

“Australia has for some time recognized Jewish sovereignty over West Jerusalem so this is an obvious step to make even if the Americans hadn’t moved their embassy to Jerusalem in a landmark event in May this year for Israel’s 70th anniversary of its reformation as a modern state.

“While understanding the aspirations of the Palestinian people for a state and a capital, it is important that Jerusalem not be a divided city by East Jerusalem becoming the capital of a Palestinian state. Dividing cities never works well.

“I applaud Australia’s decision to vote no in a United Nations vote tomorrow to make the Palestinian Authority Chair of the G77 group of nations next year. The Palestinian Authority is a terrorist organisation which pays families handsomely if they have a member who dies in jihad against Israel. It is estimated to be about $350 million a year. They also misuse international refugee funding in the process,” said Miller.