Indigenous Coalition for Israel: the backstory 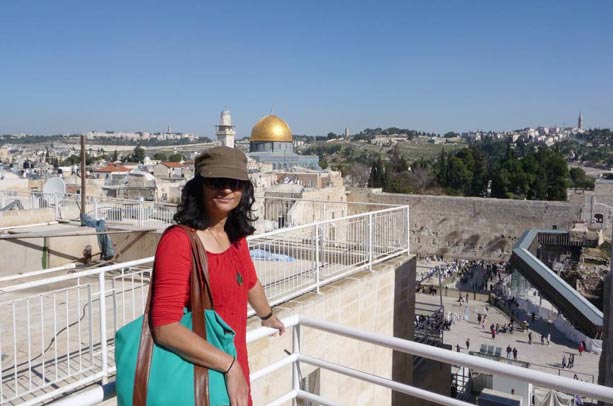 The road to launching the Indigenous Coalition for Israel has been long, with many pivotal moments along the way. My husband Perry and I have been involved with Israel related things for many years now. It began in the 1990s with a period of intense theological study and learning. We then began to host Israeli travellers in the mid-2000s, while I was homeschooling our four children. More than anything, this gave me an insight into the Israeli psyche and I fell in love with these brave, intelligent, warmhearted young (and sometimes older) people.

In 2009 Perry and I travelled to Israel with three of our children and stayed with many of the families of the young people we had hosted. They welcomed us as mispochah or whanau. We had the privilege of enjoying many Shabbats and special family meals. This also marked the beginning of our Holocaust work. We stayed on a Kibbutz where many Holocaust survivors had lived from childhood. We interviewed and photographed seven survivors and later turned their stories into exhibitions. We launched the Shadows of Shoah Trust in 2012 (later renamed Holocaust and Antisemitism Foundation, Aotearoa New Zealand).

With the personal experience of Israelis and Israel, I became motivated to defend Israel when she was unfairly portrayed in our media. When the Gaza Flotilla Raid of 2010 hit our screens, I went into bat for Israel, on the new social media platform, Facebook. I would later study the incident more closely as part of my Honours degree and had the privilege of interviewing former NZ Prime Minister Geoffrey Palmer who wrote the UN Security Council report on the incident. His comments about the politics of the Middle East being the most contested he’d ever had anything to do with made an impression on me.

At the beginning of my post-graduate journey at Auckland University in 2014, I attended the presentation of a visiting Palestinian speaker. I remember the indignation I felt at the lies being spoken. I stood up and asked why the Jews could not have a Jewish state, just as the French have France and the Germans have Germany?  The speaker avoided my question and responded with a poem. As my academic career advanced, I was consciously aware of how unpopular was my pro-Israel stance. I became accustomed to strange looks and cool responses when I told people that my PhD thesis topic was Zionism in New Zealand.

2014 was also the year the Gaza war broke out – I was plunged into advocacy for Israel, speaking at the solidarity rally in Elizabeth Square, Auckland and working with others to tell Israel’s side of the story.  Green MP Marama Davidson’s trip to Gaza in 2016 proved to be a pivotal moment for me. Ms Davidson’s claim that she was standing in solidarity with the women of Gaza “as an indigenous woman” sent shivers down my spine. I was horrified at the thought that she claimed to be aligning our people against the people of Israel. The call to bless Abraham’s offspring, rather than curse, or esteem lightly, was very much in my consciousness. I mustered up the courage to write an op-ed for mainstream media challenging her stance. A few months later, at a Waitangi Day event (our national commemoration of the signing of Treaty of Waitangi), I spoke with her in person. Unfortunately, she was not interested in debating the issues. By this time, I was acutely aware that we needed a platform for an indigenous voice on Israel. I discussed the idea with a number of indigenous people over the years and also met with Tomas Sandell of the European Coalition for Israel at the historic King David Hotel in Jerusalem in 2017.

Fast forward to 2021, another Gaza War and the usual biased media reporting of the conflict.  Significantly, even though the war was shorter and casualties fewer than 2014, the backlash was much stronger and most concerningly resulted in a huge upsurge in antisemitic incidents globally and in New Zealand. The world is much less safe for Jews as a result of all the misinformation and biased commentary about Israel. Although people will debate whether anti-Zionism is antisemitism, it is clear that anti-Zionism significantly contributes to antisemitism.

Unfortunately, a false narrative has taken hold, one that portrays Israelis as foreign colonisers who have dispossessed the indigenous Palestinians. This flies in the face of historical fact, archeological and genetic evidence and yet has effectively infiltrated popular thought.  Jews are undoubtedly indigenous to the Land of Israel. They have had a continuous presence in the land for more than 3,000 years, even though their numbers were at times very small. In the regions of Judea and Samaria, a distinct Jewish culture developed. Jewish religious and cultural practices, connection to the land and ancestral knowledge have been retained over millennia. If the Arabs who colonised Israel over a thousand years later can claim indigeneity based on long-standing presence whilst ignoring the prior claim of the Jews, then so can other colonising groups. The rights of all indigenous peoples are thus threatened.

We launched the Indigenous Coalition For Israel in order to bring an indigenous perspective to the debate. We seek to raise a collective indigenous voice in support of Israel, recognising that Jews are the indigenous people of the land of Israel, to whom we owe a deep debt of gratitude.

Through writing, speaking, engaging with indigenous leaders and holding hui (meetings), we hope to educate and equip indigenous communities and collectively stand in solidarity with Israel. We will support and promote relevant indigenous initiatives and seek to foster and strengthen indigenous connection and collaboration. Our desire is that our collective support for Israel and the Jewish people will help to stem the tide of antisemitic sentiment in this land and throughout the world.

I am honoured to have Hon. Alfred Ngaro as a fellow director of the Indigenous Coalition. Alfred was a Cabinet Minister of the National Government and the first Cook Islander elected to NZ’s Parliament. While in office he reestablished the Parliamentary Friends of Israel group. Alfred has Jewish heritage and has long been committed to Israel. In 2017 he filmed an I Am A Zionist video which received hundreds of thousands of views worldwide.

We are also joined on our advisory council by Alfred’s wife, Moka, along with esteemed members – Ngapuhi Kaumatua Pat Ruka, Dr Ate Moala and Brad Haami – each respected in their fields of influence. We have also been joined by an excellent team of researchers; Kariana Black, Sam Mangai and Eric George.

We are thrilled to have formed an association with the Indigenous Friends of Israel and look forward to working together.

Learn more about the work of the Indigenous Coalition For Israel via our website www.indigenouscoalition.org