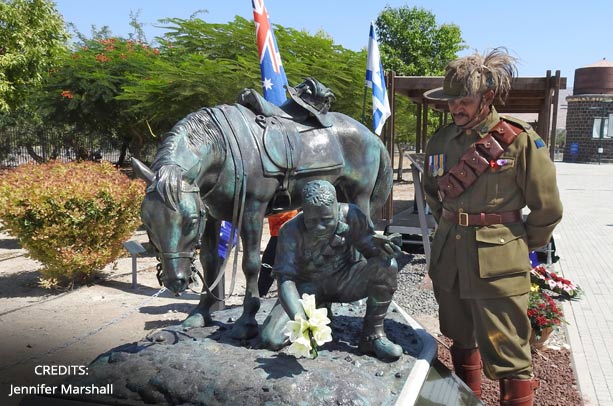 The 2018 Battle of Semakh (Tzemach) was commemorated in Israel on 25 September 2021 with Australia’s ambassador Paul Griffith, many Israeli dignitaries and others attending the event. The song, I Am Australian was one of the stirring sounds to touch people’s hearts while wreaths were laid and speeches made.

On 25 September 2019, a statue, ‘The Aborigine and His Horse,’ was dedicated in Tzemach, Israel near the Galilee. Norman and I with an international team including Indigenous Australians was there in October 2017 for a moving commemoration of the 2018 battle. However, we were not able to make it back for the unveiling of the statue designed by Australian artist Jennifer Marshall of Beersheba Vision. It showcases Aboriginal Light Horseman Jack Pollard, who fought in the battle, with his horse. Haaretz reported:

“The sculpture depicts Pollard holding a bible and bending over the grave of his brother in arms. The horse in the rear also bows his head towards the fresh grave. The statue was designed by an Australian artist and manufactured using a 3-D printer. Thus a 101-year-old event was commemorated using the latest technology.”

His grandson, Mark Pollard, and other descendants of Light Horsemen gathered in Israel for the unveiling. Chris Cannan, Australian ambassador to Israel, recognized the descendants of Aboriginal troopers from the Eleventh Light Horse Regiment in attendance at the ceremony as he and Mark Pollard unveiled the statue.

The “Queensland Black Watch” who fought in the battle, did so when they did not have equal rights at home, not being able to vote and not counted as citizens. However, they served their country with distinction.

The Australian Jewish News wrote, “Before dawn on September 25, 1918, the Fourth, Eleventh and Twelfth Light Horse regiments approached Tzemach, strategic for its train station on the Damascus railway line. As they approached, they were taken by surprise by heavy Ottoman and German gunfire.

An ‘unprecedented’ decision was taken, according to Israeli WWI historian Eran Tearosh, to charge in darkness towards the gunfire. By 5.30am the Australians had captured the town.”

Amazingly, only the moonlight guided the Australians as they charged towards the Turkish railway station in the dark. The Germans had barricaded themselves in the stone building but the Indigenous Light Horsemen, seasoned stockmen and used to a challenge, won the day. The mounted cavalry charge, ended two hours later after close quarter fighting in the village and the railway station. They fought fiercely with bayonets and swords from room to room in the railway buildings and the town was captured. This victory ended the Battle of Sharon section of the Battle of Megiddo and opened the way to Damascus which was captured on 1 October.

Before going to Be’er-Sheva, we took our team to the ceremony at Tzemach (Semakh). The 2017commemoration recognised the role of Indigenous ANZACS with a team of descendants of the Indigenous soldiers able to come with the assistance of Tranby College and the Australian Light Horse Association led by Barry Rodgers. Historian Kelvin Crombie was very involved in organising it as well. The moving ceremony touched us. 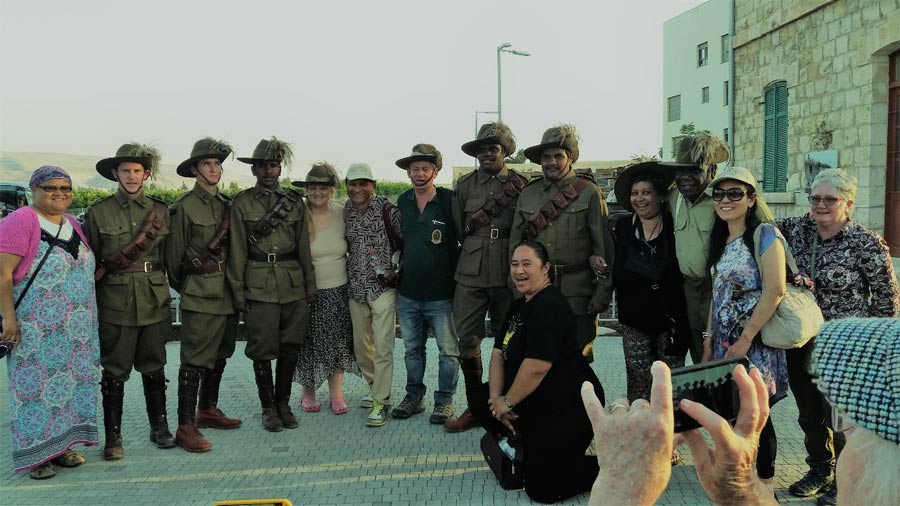 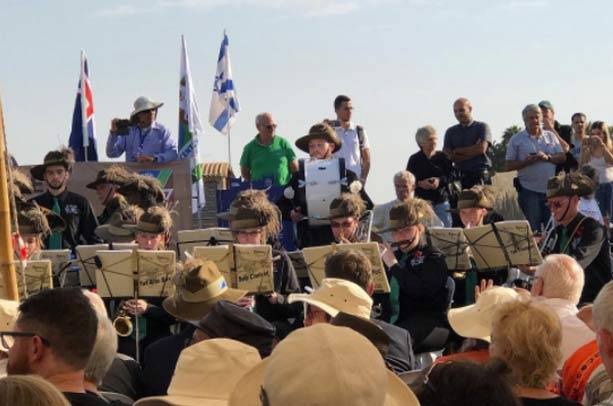 Band at Tzemach 23.10.17 photo Sharon McBride, one of our Tour Group